Michelle B shares beautiful thoughts in her response…

This was a good year, this 1956. We lived in Cavanaugh’s Court – just off US-27 North, Lansing. May had been gentle for Michigan. Tulips had not been frozen out, the lilacs were over-blown and succulent, and the apple and cherry trees were popping pink & white, grass tender-green and soft underfoot – even in a poor trailer court with oiled cinder roads. Mom would say that after a rain was her favorite time, with it’s “clean, dirty smell”. And the world, to me, made sense through her eyes.

In 1956, in May, we both made our First Communion at St. Therese Catholic Church. For the last year, I sat at my Mom’s feet during her “conversion” classes, learning about the religion she married into, the children she had offered into baptism. And now, former Methodist, newly Catholic, it was Mother’s Day and our mutual reception of one of the greatest gifts of the Catholic church – the Eucharist.

As the years went by there wasn’t much to identify me as Catholic, as I had “inherited” it from generations of French and French Canadians. Once, on the Bishop Sheen show -that we watched religiously (pun intended) – he asked his audience: “If you were put on trial for being Catholic, what evidence would they hold against you?”. Whatever age I was then, it stuck with me throughout my life.

If you were put on trial for being Catholic, what evidence would they hold against you?

I would have gotten off with no sentence as I worked so hard to blend in with whomever I was with. My mother, on the other hand, would have served hard time. She was the only one I knew in childhood and throughout my adult life who never gossiped about anyone, never saw their flaws only their gifts or sorrow, skipped judgement, never measured the amount of time she gave to someone, never asked for reciprocity nor reward, and never knew what a gift she was.

She never compared herself with others. She was neither too smart, nor too ignorant; too plain nor too beautiful; too awkward nor too poised. She just was… Beverly Roseann Therese Peterson Wells.

Her memory was stunningly short, and amazingly forgiving. And with her simple outlook of herself, she judged others. In fact, judged them not.

She would have stepped off the stand, the jury pronouncing her guilty of being Catholic/Christian to the highest degree. And she would have walked to them, hugged each, and wait for the next challenge to her life.

Was Bevvy perfect? “Hell, no,” she would have replied. And she’s probably spot on about that. But she was as close to perfect as I’d ever want to be exposed to. Her love was bigger than her 90 pound, 5’5″ frame. Her ability to encompass those with her love: boundless.

But what, in these lagging days of my simple life, I recall most is climbing into her lap, our rootbeer and popcorn at the ready, in front of an oval black and white TV and hearing her whisper, “We are the most lucky family in the world.” And feel her hands braid my hair, feeling her breath, riding her laughter at Red Skelton or her Danish kinsman, Victor Borge, until my eyes would close, and sleep would overtake me.

We are the most lucky family in the world.

Mama, you are my model for Papa. I cannot wait to see you again, as my mother and wife of Perry and grandmother/GREAT grandmother of the most amazing children you have never seen. I might be as proud of you, as you are of all of us who survive you. I long to see you again. Love, your daughter, Vicki. PS Happy Mother’s Day <3 and Mom, I know you think, as damaged as I am, that I am beautiful. Ditto. 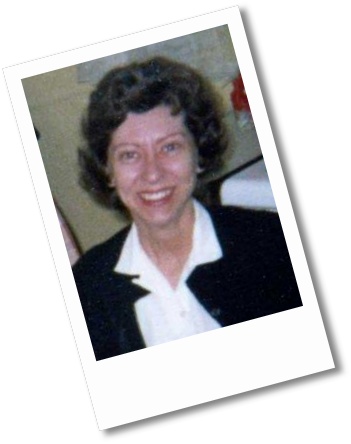 Happy Mother’s Day to all we wounded and gifted warriors! Especially those who suffer loss of their families through Alzheimers, FTD or others removed from us prematurely. We love you in all your roles, past & present. Please be sure to tell us we are loved. Often…

Beverly died in 1983, at 53 yrs. old, from lung and brain cancer. Often fond of saying “Everyone has to die sometime…”, near her death she admitted she was wrong, but too late was the learning. Her last words as a woman and parish employee: “[Fr.] Billy, did you bring the last collection?” Once settled, he gave her communion, and later she passed in her sleep with her loved ones around her. Would she be convicted as a Catholic? Yes. Without a doubt. And I would be proud at her sentencing.

Those were her last words to the world. Not “I will miss you”, not “I love you”, but still in her parish secretary role, did we count the last collection. Bevvy you make me laugh.