Spoken from the Heart

It’s been almost 8 years since Vicki was diagnosed with FTD, although she experienced many of the symptoms for several years before her diagnosis. Late diagnosis, tragically, is common for persons who have this disease. Although I’ve seen FTD take an ever-greater toll in her life these past several years, she still has a strong concern for others. I’d like to share a post she wrote a few months ago on Facebook about her friend and neighbor Rick Ferguson:

My dear neighbor, Rick, has been through heart surgeries, then recently diagnosed with cancers. His suffering has been extreme. And for his family as well.

Tonight, as I turned on my porch light, which I do every night for him as a prayer, and a beacon for his wife as she comes home during the night from her vigil, I saw his 86 year old father supporting him into the house as he was sent home to prepare for his next phase… But I saw a virile father, carrying his son, strong unbroken.

Would you please turn on a light for him as he prepares for his journey? And say a prayer for God’s mercy for all of them?

I will let you know when the Angels have come… And the lights can be rested.

With love, gratitude and blessings, Vicki

Please share for all who are fighting a good fight. 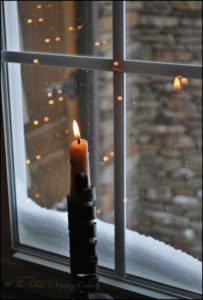 Rick died a few weeks after Vicki posted this. It’s been a huge loss not only for Rick’s family, but for Vicki too. She’s often referred to Rick and his wife as Angels who watched over and protected her. Rick’s death – literally close to Vicki’s home – is one of many relatives and friends who have passed since Vicki has been down with FTD. And her first thoughts are with the families of those who have passed.

Vicki’s heart and concern for others are as strong as ever. Thank you , Papa, for this gift.

Permanent link to this article: https://vickisvoice.tv/2017/04/spoken-from-the-heart/