Christine Bryden: A conversation about dementia

I am speechless, but I knew I would see this one day. Geniuses & artists are prophets, in a way. He shared his genius – and we responded – for so many years. But he needed a sound love, resilient to his many voices, that were beyond him to control. His genius is what killed him, not suicide. Robin Williams rest in peace. You earned it. In spades. Thank you for all the entertainment, your work with Whoopi & Billy to help our poor. I will miss you. His flame consumed him. 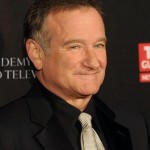 As the days pass since his death, the many, many tributes and reflections about the role Robin Williams played in peoples’ lives show how widely, and how deeply, he reached us. He shared his genius with us, giving us not only the gift of laughter – one of the greatest gifts we can receive – but also often leading us to thoughtful reflection about our world and about our selves.

So much has been written these last several days not only about Robin’s life, but the reality of depression’s impact on a person. Hopefully a wide and deep conversation about this uncomfortable fact of life will be an appropriate and effective response to Robin Williams’ life – and death.

My friend Jim Coyle and I have been sharing with one another some of the responses to Robin’s death that other people have written and posted, and wanted to share a few of the ones that touched us and help us appreciate again what Robin Williams has given us.

Thoughts on Depression, Suicide and Being a Christian by Nish Weiseth.

Although it’s a crude humor website, Cracked.com posted this serious and insightful article: Robin Williams and Why Funny People Kill Themselves by David Wong. [Language alert]

Finally, an excellent post to end on, which includes two different and wonderful videos of Robin Williams: RIP Robin Williams: “I Only Knew that You Were Thirsty” by Sr. Theresa Noble.

Thank you, Papa, for our brother Robin.
Vicki and Jim C

Permanent link to this article: https://vickisvoice.tv/2014/08/rest-in-peace-brother-robin/