Today is a bad day. Tomorrow will be good 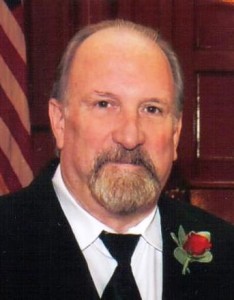 My dear cousin, Jay Mathews, passed away Sunday morning after a tortuous 3 year battle with cancer.

I – and his family & friends – are devastated. He gave without asking, told the same corny jokes as my Dad, and was enthusiastic about life. He grew up on the AuSable River, as all my cousins did. He was a hunter, a fisherman, He worked in every kinds of profession you could think of: lumberjack with Uncle Claude, septic (Honey Wagon), carpentry, Weyerhauser (which left his lungs a bit messed), tree trimming – a jack of all trades, and master of many things.

And since I have come back to Michigan and have my diagnosis he’s been a Knight in Shining Armor, calling me with the family gossip, dropping by. He was going to take me on a riverboat ride to revisit the places we grew up with: Oxbow, Camp Gingerquill, Canoe Inn (now Gates), it was to be glorious.

When I was hit with the Christmas ice & snow storms, he came to help not only me, but my neighbors dig. What he didn’t say is he’d just finished another round of chemo and radiation, and had a knee replacement. Looking back, as he broke thru the ice encrusted snowbanks, I can’t imagine the extreme pain he was in. But he said nothing.

And so, I guess I should not be surprised that he told his family to not let me know that he was dying, losing the fight. When we spoke not so long ago, I asked how he was doing, and he said, “Great news! No more chemo!” and I wondered about that statement as I had heard that from my Mom’s drs. But he assured me all was good, going on about how his baby grandsons were going to be moving in across the street from him.

We griped about Medicare & Social Security, we talked about retirement vs disability. Investments, stuff.

We talked about the loss of Bonnie Fieren’s husband, he assuring me even tho I couldn’t go to his funeral we were going to all get together for a summer picnic. The whole of the Wells’ Cuz clan.

I will miss you, Jay Jay. You left us too soon. I was too slow to gather us all together one last time. But I am grateful for these last 5 years, getting reacquainted. I love you, Cuz. I’ll see you a bit later.

Permanent link to this article: https://vickisvoice.tv/2014/06/remembering-cousin-jay/