Adding another blog to a WordPress site 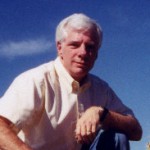 As Vicki Wells Bedard’s partner with Vicki’s Voice, I usually keep my posts in another section of the site (“Jim’s Blog”), and more often than not those occasional posts are about blogging software and techniques. This week, though, as cooling weather in the Midwest signals the upcoming change in seasons, I’ve been thinking about seasons and how they Affect – and Reflect – our lives. Fall, especially, is a reflective season, particularly for persons affected by terminal diseases that are bringing death closer than they’d expected – not only the sufferers, but their caregivers, family and close friends. All are profoundly and permanently affected by the disease.

First on Facebook and then here on Vicki’s Voice, Vicki Wells Bedard has been writing and will continue to write when she can about her experiences in life and what it’s like to live with terminal dementia. Although diagnosed with Frontotemporal Dementia (FTD) in the summer of 2009, Vicki showed the symptoms of this disease for several years before that. As with so many people, testing and diagnosis didn’t take place until the disease was quite advanced and her quality of life had been severely affected. Vicki, a very successful communications professional, was struck down in the prime of her professional life. FTD is a type of dementia second only to Alzheimer’s Disease in the number of people it affects. But unlike Alzheimer’s which typically strikes older persons, FTD most often strikes persons in their 40s and 50s (with many cases of people in their 20s and 30s) – the “Summer” of their lives. 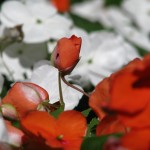 Spring leads to the warmth of Summer when budding flowers open to celebrate life.

I grew up in Michigan and have now lived in Ohio for 18 years. But for 12 years in my 20s and 30s, I lived in Florida. Months of beautiful weather every year, but no dramatic change in seasons like I’d grown up with. I’ve been glad to be back up North (although I sure miss Florida around February every year).

For me, Spring is a wonderful season. Temperatures are warming up, the seemingly endless gray skies of Michigan and Ohio winters give way to some bright sunny days. After teasing us with a few early blossoms, flowers start to bloom. Bare tree branches put on their covering of green leaves and the brown grass morphs into a soft green blanket. Spring is a hopeful season, one of refreshment, renewal and anticipation of the warmth and life of Summer.

Fall is another season of transition, and along with Spring one of my two favorites, but it’s a “mixed bag.” On one hand, I enjoy the cooler weather and the brilliant colors of autumn leaves. I have fond memories of going to the cider mill in Franklin, Michigan every Fall as a child, feasting on fresh apple cider and just-made donuts. 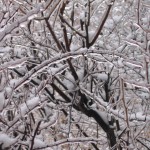 But Fall eventually brings bare trees, dormant grass, and ushers in the seemingly endless gray Winter of the Midwest.

To be sure, there are great high spots in every season, times and events to be celebrated. But the cycle of seasons is similar to the cycle of our lives here on earth – but our lives have just one cycle.

All forms of dementia are tragic diseases for the person who suffers and for their family and friends. But it’s especially tragic when large numbers of people like Vicki and other persons I’ve met with FTD are struck in the Summer of their lives – times when they’re experiencing real success in their jobs, times when so many have children at home they’re raising and enjoying and anticipating great futures together. Dementia is cruel at any age, but especially so when it strikes people in the prime of their lives.

As the number of persons diagnosed with early types of dementia continues to grow – and millions more exhibit early signs of dementia – it’s become more crucial than ever to educate members of the medical community and the overall population about the need to recognize, acknowledge and investigate early signs of dementia. The numbers of people affected will keep growing significantly. If diagnosed early, a person can experience a greatly improved quality of life, benefiting themselves, their families and their friends. Right now there’s not a cure for dementia, but having a better life during one’s final years is priceless. And we hope and pray that one day there will be a cure for future generations.

In addition to educating about the medical and psychological importance of early diagnosis, the social stigma attached to dementia must be eliminated. One way that will help is to recognize these are diseases. In fact, there’s a movement underway to rename FTD Frontotemporal Disease instead of dementia – for it is a disease. Instead of feeling isolated and outcast, the victims of these diseases need participation in family life and society to the fullest extent possible. It’s a matter of moral and social justice, and the most loving behavior one can show to a family member or friend. 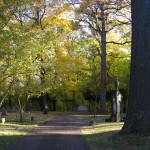 Leaves are most colorful in the Fall!

As the cooler weather stays in her hometown and the breath of Fall become stronger, what is Vicki thinking, feeling, experiencing? How much effect does the season of the year have, if any? During the past year, Vicki’s life has been a physical and emotional roller coaster. She’s already lived better than her doctor said she would when giving the diagnosis of FTD. I’ve seen Vicki exhausted and discouraged, which she’s sometimes written about during the last year and a half. And I’ve also seen Vicki at the top of her “game,” sharing ideas and plans as well as she ever has at meetings about a special project a couple of weeks ago. Vicki has given us a precious gift by writing candidly about her highs and lows, usually with a smile.

Every day can be dramatically different for Vicki and for the other people I know with FTD. I hope that my care, my concern, and my actions will help Vicki and others live each day as best as possible. That’s the gift we can give to those we know and love.

Permanent link to this article: https://vickisvoice.tv/2010/09/seasons-and-life/